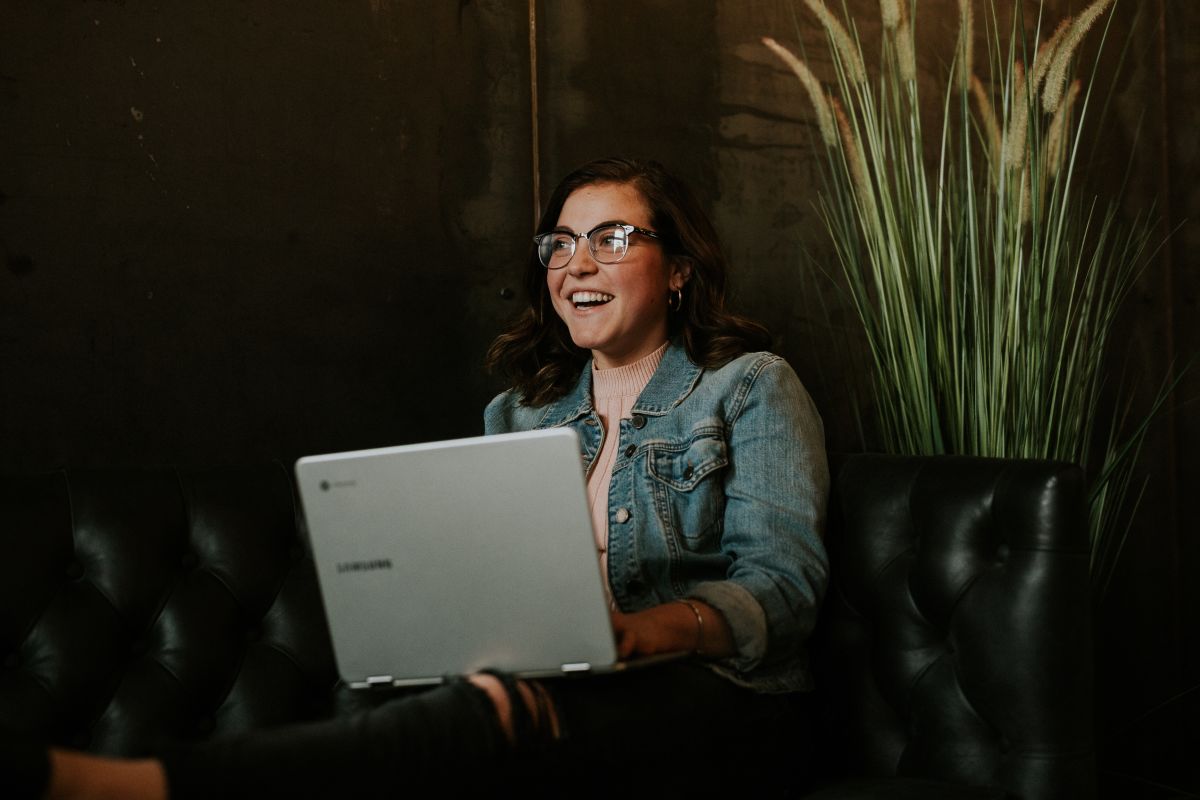 A lot of applicant interviews happen via Zoom, Google Hangouts, and other video-conferencing technologies. As I interview, I’ve noticed a few small but important things many otherwise-excellent candidates often overlook, and it diminishes the positive impact of their interview.

So here are a few tips for video interviews.

1. Get the camera angle right.

It may seem like a small thing, but so many interviewees have a laptop or tablet sitting on a desk well below eye-level. This results in a weird camera angle, where they seem to be peering down their nose at me.

This is the selfie generation, and we all know the first rule of selfies: you want the camera at or above eye-level for the best effect.

Something about a candidate looking down just doesn’t feel right and often casts weird shadows over their eyes and face, making it harder to connect with them.

I like to stack some large books on my desk to raise the level of my webcam and get a better angle that appears more natural, like it would in a face-to-face conversation. It’s subtle, but the position of your camera can have a big impact on your overall impression.

I once heard a successful CEO say he only hires people with “forward tilt”. It’s his shortcut for identifying people who are truly passionate about his company’s mission and are willing to work hard. What is forward tilt? Leaning forward on the interview table (or toward your screen), rather than sitting back in your chair. To him, after thirty-plus years of hiring, this simple body position during interviews became a handy shortcut. It matters.

If you have red lights or disco balls in your apartment, keep them out of the frame. Same goes for anything that’s supposed to be straight but is crooked (like broken blinds, shelves, or closet doors).

This is not because your interviewer wants you to appear to live in a posh apartment or because it’s unprofessional to only own stuff from Goodwill. The only reason it matters is because it’s visually distracting, and just like with public speaking, if someone isn’t looking at you, they’re probably not listening to you.

Don’t let the background steal the show from you. Your Avengers poster may be awesome, but they don’t need the attention.

It can be hard to find a quiet place to interview, especially if you have roommates or have to interview when you’re away from home. So wear headphones whenever possible to minimize feedback and ensure you can hear. Assuming the interview was scheduled in advance, do whatever it takes to ask your roommates to stay out until you’re done. Refrigerators opening and glass bottles clinking in the background are a big distraction. They also signal a lack of planning on your part and could reduce the interviewer’s confidence in your time-management and organizational skills. If you can’t even find a quiet place to interview, how will you handle a complex workload?

And dogs. Dogs are not just part of the background. They’re very distracting. You think your Fluffy is quiet and calm, but he’s probably not. Even when the interviewer doesn’t hear your pet, you do. And if you love your pet, hearing them will take your mind away from the task at hand. Make arrangements ahead of time (ones that don’t include shutting the dog in another room so it can bark and scratch the door the whole time). Definitely don’t get up during the interview, leave the screen, and bring the dog over to sit on your lap. (Yes, it’s happened. More than once.)

Just because it’s virtual and in the comfort of your own home doesn’t mean it’s not as serious.

Don’t do things you wouldn’t do in person. This doesn’t mean you have to fake it and put on a tux and use formal language normally unnatural to you. It’s just the little things. A lot of remote interviewees appear unshaven or like they just rolled out of bed. Yes, it’s nice you don’t have to drive somewhere. But don’t treat the virtual interview like it’s just part of your waking-up routine. Don’t be sniffling, wiping your nose, rubbing your eyes, or otherwise appearing unprepared for the day.

5. Don’t be afraid to be really expressive.

If you’ve ever been a stage actor (or talked to one), you discover a surprising fact: it’s almost impossible to be too expressive with your face and vocal inflection.

Unlike acting for the camera, where close-ups, multiple angles, and audio editing can bring out nuanced expressions, stage acting requires conveying emotion to a large audience often far in the back of the theater or at less-than-optimal angles.

The video interview doesn’t need to be as over-the-top as a stage play, but the same basic truth applies. Audio and visual fidelity are never what face-to-face can give. You always sound look more flat than you really are. Push yourself to let your interest and excitement come through in your voice and face more than you would in person.

Whatever level of expression you’re typically comfortable with, go a little beyond it. Don’t be fake. Just make sure the interest comes through.

This post was originally published at discoverpraxis.com by Isaac Morehouse.

They’re Not Hiring You for Your Resume