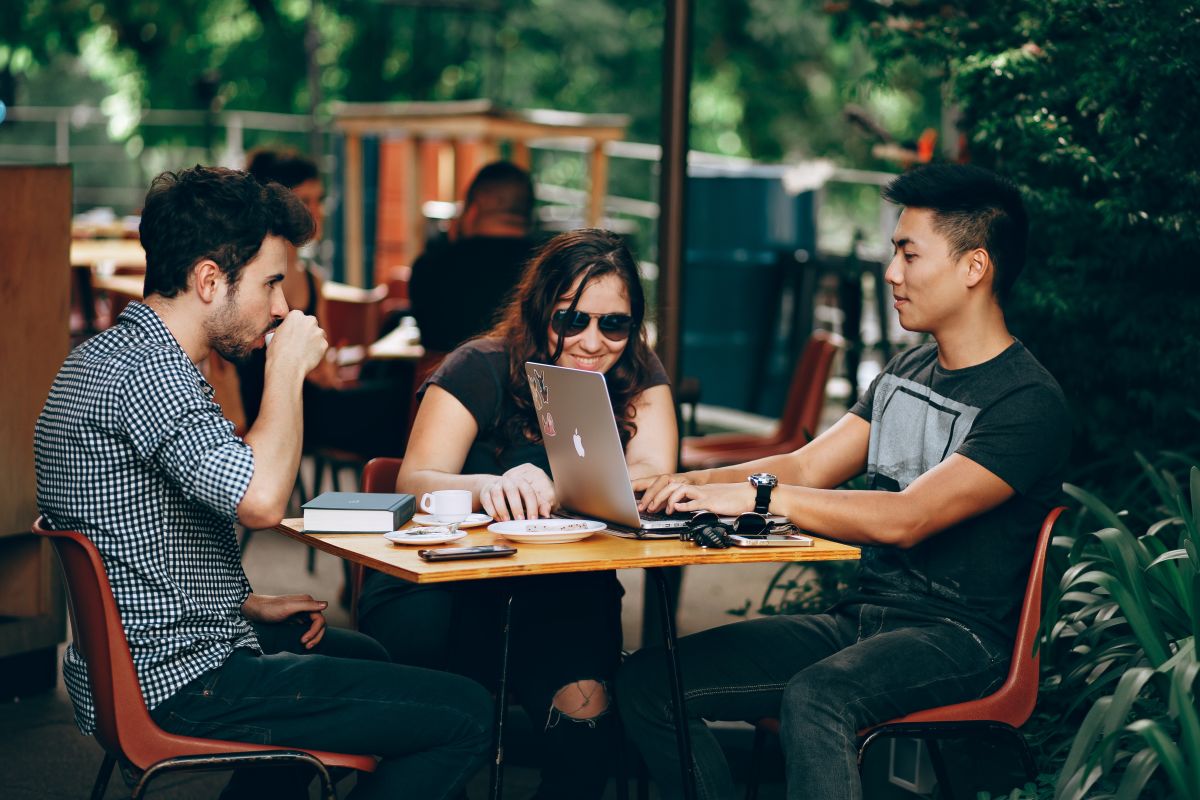 Should You Go to College or Get a Job?

Society has a bizarre fascination with college.

Thinking about getting a job instead of going to college first is enough for a lot of people to think something’s wrong with you.

There are a few small problems with this:

Should I go to college or get a job?

Before you can answer this question, you have to get real with yourself and think about what you want to do with your life.

Whether college makes sense for you is dependent on your goals and what you want to do with your life. Some industries legally require a degree, so if you want to do something in one of those industries, you’ll need a degree.

But what if you don’t know what you want to do?

Hear me out: that’s okay.

You’re young and have a lot of time to figure your life out.

But, if there’s one thing you remember from this blog post, it should be this: you shouldn’t go to college if you don’t know what you want to do with your life.

I made this mistake myself.

I went to college by default.

I was in a band at the time, so I thought music technology would be fun.

Not only was I miserable doing it, but I’ve also kept tabs on many of my classmates from those years, and they’re either unemployed or working a gig they could’ve gotten without their music technology degree.

College is too expensive for something that won’t help you figure out what to do with your life.

You can always enroll in college after you figure out what you want to do with your life. Many universities have 100% acceptance rates, so there’s minimal risk in delaying your decision.

College does make sense for people who want a career in something that legally requires a degree. If you’re interested in engineering or the medical industry, college is probably a good idea. But while other industries (like tech or communications) might say they require a degree, there are so many ways around that requirement if you find a way to stand out to them and become your own credential.

If you don’t fit into the bucket of needing a degree because it’s legally required, getting a job is a much better option for you.

But why is no-college a good route?

You’ve spent the majority of your life in a classroom (unless you were homeschooled). To be honest, you probably have little to no real-world experience.

So hear me out: it makes sense to have no idea what you want to do with your life and career. How could you know when you’ve spent most of your time in school?

I’ve heard more horror stories than I can count about college students who thought they wanted to major in one field only to realize they despise that field when they start their internship or land their first job. (Yikes.)

You won’t know if you don’t hate a certain job until you wake up every day and do it. This is why college is so dangerous. And you still have to pay back your student loan debt even if you don’t end up working in the field you majored in.

That’s why I encourage all young people to spend a year or two working in the real world before entering college.

There’s too much to learn about yourself that you’ll only uncover by working, not by sitting in a classroom. What you learn during that time will help you pick a career that you’ll enjoy.

You might even discover what you love doing is completely different than what you thought you would love doing.

For me, this is sales. I always thought I would hate sales because I’m introverted and would rather write than talk with someone. It wasn’t until I started doing sales calls that I realized how fun they were.

By working instead of going to college, you’ll learn other important skills, like how to work on a team and how to budget.

You won’t learn either of these in college.

So what’s the moral of the story?

If whatever you want to do legally requires a degree, go to college.

Finish as quickly and with the least amount of debt as possible.

Make some money. Learn more about yourself. And make a wiser decision after you’ve had real-world experience.

If you liked this article, John sends free daily advice about starting your career without a degree to his email list–click here to sign up for his free daily career advice.

How Your Obsession with Options is Blinding You to Opportunities

How to Get Into Any Coding Bootcamp (By Showing Your Work)