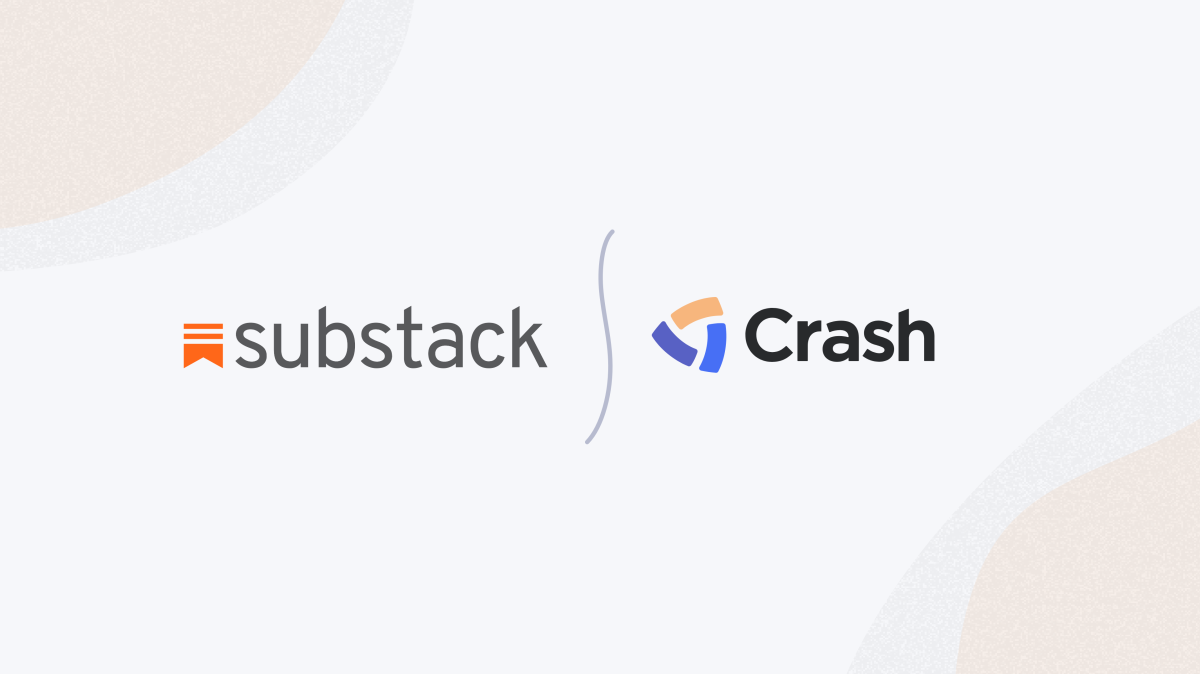 I heard about it first from Isaac Morehouse, Crash’s CEO. He’d started a newsletter, and he was doing it on a new platform called Substack that allowed him to have paid subscribers.

Soon, I started my own newsletter—and I decided to do it on Substack, too.

And it is cool.

“Substack makes it dead simple to start a newsletter and get paid for it.”

The platform is beautifully simple: anyone can create their own online publication in minutes, send writing to an email list they own, charge for subscriptions, and get discovered. It’s a product made to help writers reach people and monetize their work, and it’s working.

And not only does Substack have a great product, but it could be an awesome startup to launch your career.

Here are a couple of reasons why.

Substack is building something that matters

Great writing is valuable. By respecting the readers’ time and intelligence, it earns their trust. It helps us make sense of, and change, the culture we live in. Building a better business model for writers means more great writing.

Writing is hard work—and it gets even tougher when it feels like there’s no way to get paid for doing it.

Substack is a startup that is working hard to solve that problem. They make it easy for writers to focus on their craft, hone that craft, and publish content without waiting on gatekeepers (like publishers or third-party sites).

They’re impacting writers around the globe by empowering them to do what they love. That impact matters to those writers, and through Substack, those writers are able to better impact the world.

Plus, even if you don’t enjoy writing, theirs is a product that directly impacts careers and lives. Helping people do more of what makes them come alive (and make money while doing it) is a pretty cool mission to get behind.

Substack is led by a world-class, venture-backed team

One of the best things you can do for your career is to join a team of people who are truly invested in their work.

Substack’s team is made up of writers and builders that started at some of the world’s top publications—and at companies like Instagram and Kik. Andreessen Horowitz, Y-Combinator, and founders of Twitch and Zynga are backing them.

The Substack team is made up of people working to build something better for their users. Being driven by customers creates a neat business model, too:

Substack’s model depends on the success of writers using Substack—we only make money when they do.

Working alongside the Substack founders and team would give you an experience in business and startups like no other—they’re in it with their users. Your growth depends on your users’ growth.

More than 50,000 people pay to subscribe to writers across the Substack network, and the top writers are making hundreds of thousands of dollars a year.

Fast-growing startups are some of the best startups to work for (even if you’re not a techie). And Substack’s not only fast-growing, but they’re becoming a leader in their category—more and more writers are choosing Substack as their go-to platform for publications and newsletters, and I don’t think they’ll be slowing down anytime soon.

You’d get to help shape the future of Substack

A first-career job at Substack would give you the incredible opportunity to be part of shaping the company.

Even if you’re an entry-level hire, Substack is still young, and you’ll have a lot of opportunities to propel yourself forward in your career. You’d be able to create a ton of value, build systems and processes, experiment rapidly, and drive growth in multiple areas of the business (because you’d wear many hats).

And Substack is all about shaping the future of media—so not only would you make an impact (no matter your role), you’d make a dent in the media world, too.

Sound exciting? Here are a few ways to stand out when applying to a job at Substack

As of writing this article, Substack isn’t hiring any entry-level roles—but they are growing.

So if Substack and helping shape the future of media sounds gets you excited, send them a pitch that proves you’d be an awesome next member of their team.

A few things I recommend doing to stand out when pitching Substack on hiring you:

If you’d like some support in making a pitch to Substack, email me at Morgan [at] Crash [dot]co. I’d be happy to bounce some ideas around.

Want to get hired? Show momentum!

The UX of you