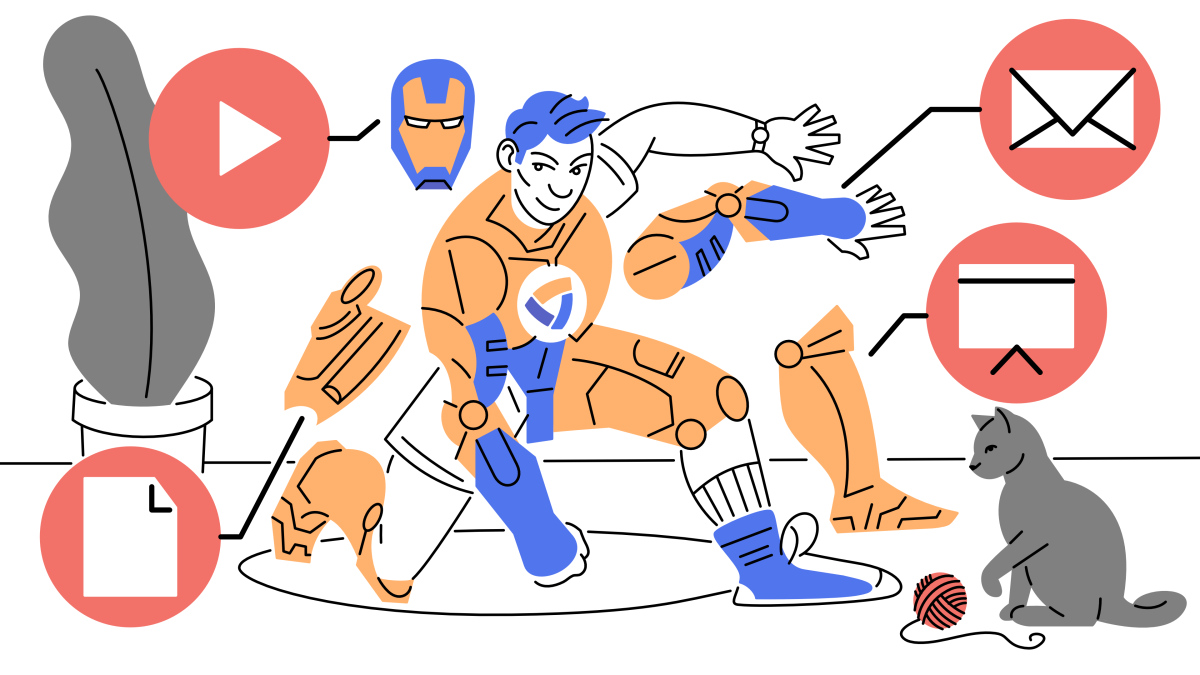 Your Own Personal Iron Man Suit

Tech isn’t a threat to your career, it’s an ally.

“I want a future where everyone has their own Iron Man suit!”

That’s what legendary tech investor Mike Maples told me on a phone call about a year ago. I could feel the passion in his voice.

That’s why Mike’s Iron Man vision is so powerful. Tech doesn’t threaten Tony Stark. Nor does it replace him. It augments him. It’s an extension of who he is, an expression of his will and imagination. An amplification of his personality and ability.

The suit is the interface through which he engages the biggest challenges in the universe. Stark doesn’t have superpowers, but Iron Man — a beautiful fusion of human and tech — does, and can overcome forces too great for fleshy mortals.

The good news is you don’t have to be a genius billionaire playboy philanthropist to have your own Iron Man suit. You can craft one out of information.

The information age doesn’t seem new anymore, but don’t be fooled. We’re not adapted to it yet. The way we talk about it is revealing. We use words like “disruptive” more than “collaborative”; “eating” rather than “enhancing”.

Even digital natives spend the formative years of their life in a no-tech education process that’s several hundred years old. Technology is either treated like a guilty pleasure — the naughty distraction from what you’re supposed to be doing — or an awkward lipstick-on-a-pig scenario where old stuff is clumsily slapped online.

The education system, ostensibly crucial to careers, is built around paper credentials conferred by bureaucrats with more paper credentials. Yet modern careers require real value creation not learned or communicated through paper chasing. People are still trying to build and use paper resumes as the key to unlock their future. Paper was invented 5,000 years ago, and scanning it into a PDF is not the same as tech integration.

You Are More Than a Piece of Paper

Information exceeds the capacity of paper. Technology provides ample opportunity to create richer, more robust information, harness and integrate it, and use it as your interface with the world like an Iron Man suit.

You have powers, and they can become superpowers with the right tech.

You have skills, interests, traits, and abilities that are valuable in the world. The problem is that you don’t always know what they are or where they are valued. And those who value them don’t know who you are or how to find you.

The paper credential is supposed to signal your value to the world, but it does a terrible job. Paper isn’t up to the task in the information age, which means the education paper-conferral system isn’t up to the task of launching careers. (This is why I think universities are a lot like Dunder Mifflin, “Limitless paper in a paperless world.”)

So what does it mean to power yourself with tech-enhanced information and face challenges and win opportunities in an Iron Man suit?

It’s about building a digital body of work that signals your value to the market.

Not by appealing to third-parties to provide stamps of approval, but by showing your work and proving your ability through tangible projects and products.

It’s about being your own credential.

If you head out on your career journey to confront obstacles and win opportunities with nothing but a generic piece of paper, you’re at a massive disadvantage. Everyone has the same paper. Jobs get hundreds of applicants with the same boring bullet-pointed PDFs. They list degrees, majors, GPAs and a few phrases like, “Leadership ability.”

People are supposed to trust the credential-granting institutions and be impressed that you bought a degree from them. But it conveys so little.

Compare paper credentials to a digital body of work.

What if instead of a resume, you confronted the career landscape with a series of projects completed and documented in your areas of interest and ability? A short YouTube series showing your ability to use advanced spreadsheet functions and a website where you completed a 30-day blog challenge convey more about your skills, persistence, character, and creativity than any BA you can buy. And that’s just scratching the surface.

You have interests and abilities valued in the market. But they can’t see it through a two-dimensional paper credential. You need to harness information technology and build a digital body of work to power you through gatekeepers and into opportunities.

You need your own personal Iron Man suit.

That future is now, and those who see and seize it have tremendous first-mover advantages.

Our mission at Crash is to help you build one. Get started on your Iron Man suit today with a Crash profile.

Why You Shouldn’t Stress About Your First Job

There’s Nothing Wrong with Your Generation