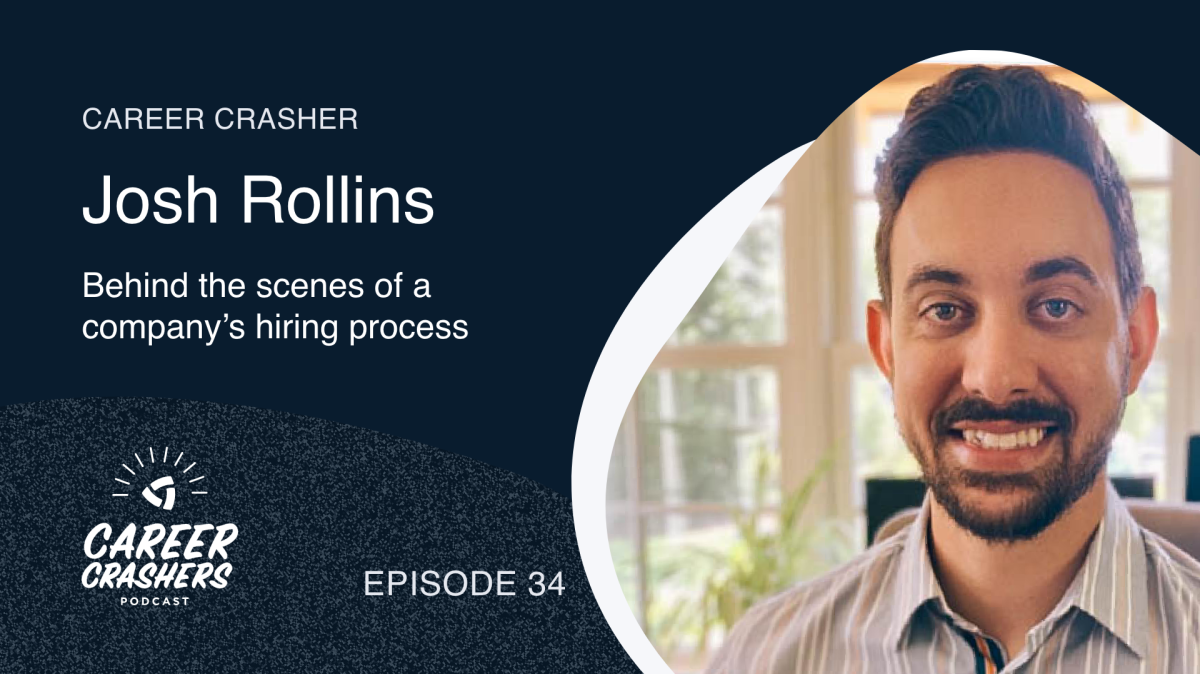 Career Crashers Episode 34: Josh Rollins on the behind the scenes of a company’s hiring process

Have you ever wondered what the hiring process is like from the company’s perspective?

Create a job listing, get dozens of applications and have your pick of the crop. Sounds pretty sweet, right?

Today’s guest, Josh Rollins, one of the founders of Vicinity Capital, was looking to hire someone for a marketing role, to spread awareness about their new company’s mission.

They got 60+ applications in, which was pretty exciting at first. But then, reality set it.

“As we were going through it, I was just getting so drained, looking at what was coming through. A lot of the ‘Dear sir or Madam, please see the attached…’
The best ones were cover letters that were directed at different companies. There were some that said they were looking for a different role than what we were advertising for. It was such a hard waste of time!”

Listen to Josh explain what it takes to stand out (the bar is really low!) and how they ended up making a great hire after all.

Listen on your favorite podcast app

Here are some quick links to the show:

If you’ve got a story you’d like to share, don’t hesitate! Email Isaac at Isaac [at] Crash [dot] co.

You can stay up-to-date on every Career Crasher episode as it launches here.