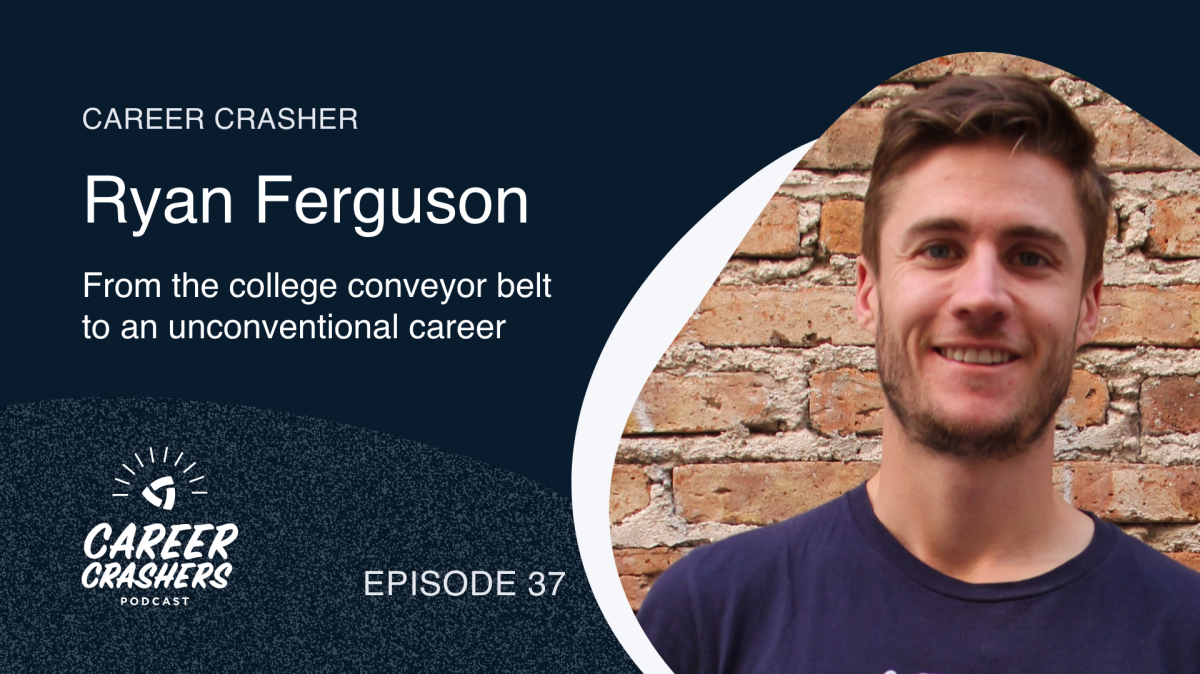 For the casual observer, it looked like Ryan Ferguson was cruising through life. Graduating from a prestigious college and landing a cushy corporate job straight after, what more could you wish for?

Well, there was one problem: he was miserable.

So Ryan and his girlfriend decided on a bold move: they both quit their jobs and moved to South America for six months.

No income. No plan.

Ryan ended up learning more in those six months of travel and working odd jobs than in four years of college. During one of his odd jobs, Ryan listened to a lot of podcasts, which is how the World Wanderers Podcast was born.

“I fell in love with podcasts. This is something anyone can do! There are no gatekeepers. You just get a mic and you start it up.”

Ryan shares his story of how he turned this passion into a self-directed career, and how he manages the (financial) uncertainty of being a freelancer and digital nomad.

“I put myself in a position where I can be patient with things. Trying to save money and using the savings relatively wisely, so that I’m never in a position to throw away the things I care about to go work on things that are going to make more money.”

Listen to how Ryan broke out of the rat race to live life on his own terms.

Listen on your favorite podcast app

Here are some quick links to the show:

If you’ve got a story you’d like to share, don’t hesitate! Email Isaac at Isaac [at] Crash [dot] co.

You can stay up-to-date on every Career Crasher episode as it launches here.