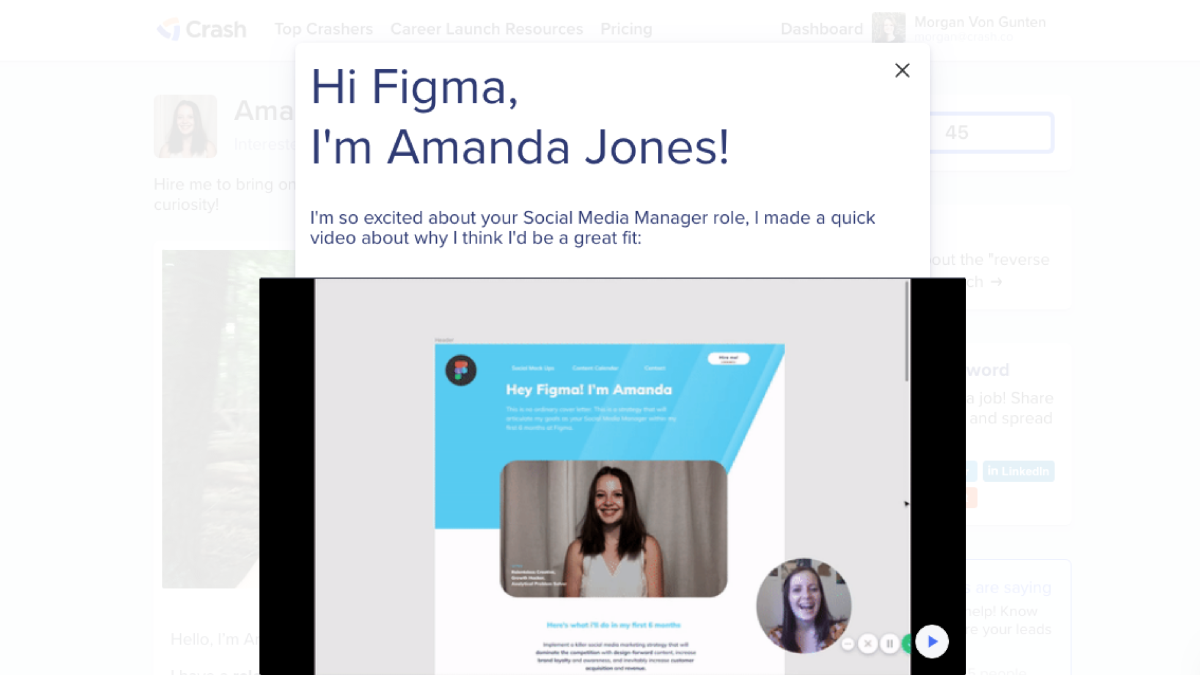 If You Want to Get a Job, You Don’t Need a Resume—You Need a Tailored Pitch

Picture this: two people want a job at a growing startup.

The first person sends in his application and resume. He’s confident. He put hours into it: he dug up every award, achievement, and accolade to his name since high school. He was the captain of his sports team and the senior class president. He made excellent grades in college, and he studied in Spain. He interned for a political campaign. He’s a natural leader, his resume says, and he works well with others. “Your foot’s in already,” everyone tells him.

He’s confident, because on paper, he looks like the ideal candidate.

But he doesn’t realize the hundreds of others applying to the job have the same–or similar–resume. They’ve all jumped through the hoops, played by the same rules, interned here and there. They’ve all been told their entire lives they’re the best and brightest. Their resumes speak for themselves, they think.

The second person sends an application, but it’s different from all the others. Her resume is there, but it’s restrained. She’s included only enough information to let the team know about her–but not enough to distract them from what she wants them to focus on: her tailored pitch. She’s spent the days leading up to the application learning about the company, its industry, its digital presence, its successes, its failures.

She asked herself, “What can I do, day one on the job, to create value for this company? What can I do long-term that justifies bringing me on board?”

She’s not afraid to tell them, “Here’s what I would be doing differently. Here’s how I would do things better than you’re doing them now.”

She identifies and outlines a few of these ideas and offers some relevant skills she has and shares steps she would take toward accomplishing them.

Her application is not just about her.

Who do you think gets hired?

Here’s the thing: your resume doesn’t mean as much as it used to.

The credential you paid hundreds of thousands of dollars for? Most people applying have one.

That study abroad semester where you partied your way across Europe? You aren’t unique.

That “A” you got on a term paper? The other applicants got it, too.

You did Greek life? Great. That tells me very little.

We live in a period of resume-inflation. When you apply to a job, you’re competing with hundreds, if not thousands, of people who are, on paper, just as qualified as you.

This post was originally published at discoverpraxis.com by Derek Magill.